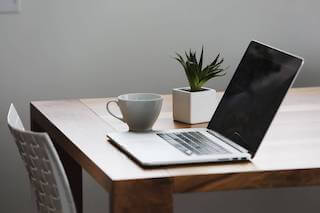 The Swedes and the Internet is an annual survey of internet habits, how the use of the internet is developing and how digitalisation is affecting society at large.

The full survey can be downloaded here. The study is conducted by The Swedish Internet Foundation and this blog is based on their findings.

After the increase in fiber-connected households in recent years that slowed down in 2018, development has now regained momentum. More than half of households now have access to fiber and the largest increase was across rural areas.

Almost everyone accesses the internet either via a computer at 96 percent or on their mobile at 95 percent. However, the mobile phone is used more often than a computer and more frequently on a daily basis by women than by men.

Overall, 99 percent of Swedes state that they have a mobile phone, which is a marginal increase over the previous year (97%). The share that has a smart mobile is 92 percent. More Swedes have an Iphone than an Android, which is in line with 2018.

The profile of Iphone users and Android users differs slightly each year. Iphone is used to a greater extent by women 54 percent than men 42 percent. It is also more popular among the younger 12–25 years and in households with a household income of SEK 750,000 or higher. Android, in turn, is more popular with men 44 percent than women 32 percent and is used to a greater extent by those aged 26-55.

Digital exclusion is diminishing but is still significant in some parts of Swedish society. This becomes particularly clear in the research on public digital services, such as e-services in health care, public transport and the Swedish Tax Agency, which are available to all citizens.

The government’s goal is to streamline administrative work with the help of the internet – from paper handling to digital management. This provides, among other things, cost savings for taxpayers, reduced paper consumption and increased service for citizens through increased accessibility, faster processes, etc.

As many as 85 percent of Sweden’s population (16+ years) believe that digital community services make it easier for them. One contributing reason may be that for many of the community’s e-services, it is possible to use Mobile BankID which has been a great enabler in this area.

While the benefit of society’s digital transformation is digital inclusion, there are gaps where age, low income, and low education become risk factors of exclusion which amounts to about a million Swedes who do not go online.

Only a quarter of people think their time on social media is meaningful. This can be compared to the use of news apps, in which almost 60 percent of users consider their time to be well-spent, mobile games are in the bottom spot and Mobile BankID and Swish are increasing in their usage.

Compared to previous years, users are sharing content via social media less in particular amongst those 55+ years and overall, the use of social media seems to have begun to level off.

From 2010, there has been a constant increase in usage every year, but this year it has slowed down. Instagram and Snapchat, which earlier have grown constantly, more or less remain at the same levels as last year and Facebook’s growth seems to have stopped.

Interestingly this year, more than half 54 percent state that they have some connected devices (IoT – Internet of Things), such as watches, refrigerators and cars.

It is important to keep in mind that there is an ignorance about whether you have some connected things at home and probably about what the term “connected” means. Significantly more young people aged 16–45, just over 60 per cent, indicate that they have connected things in their households. Plus more men, 57 percent versus women at 50 percent use the Internet of Things.

Concerns that large companies like Google and Facebook are infringing on personal privacy are increasing every year. Above all, families with children and high-income households indicate to a greater extent than average that they are worried.

Overall, more people feel monitored on the internet than those who do not.

Scandals such as Cambridge Analytica, a private company that collected information about millions of Facebook users to create targeted commercial and political campaigns, have likely affected the concerns of large companies.

Fewer than half trust most of the information on the Internet. Older people are more trusting than younger ones and in 2018 with the new GDPR data legislation in place it will take time to see what the impact has been on users. Although, as many as 83 percent of internet users state that they have accepted the terms of use on a site without reading through them.

The three largest social networks Facebook 74 percent, Instagram 61 percent and Snapchat 39 percent are all in total use at about the same level as last year. In daily use, it is mainly Instagram that increases slightly, from 38 percent to 41 percent. Twitter, which has a tendency to fluctuate somewhat in usage, has increased slightly this year to 24 percent.

In December 1996, the first Internet banks in the Nordic countries were launched. For over 20 years a lot has happened and banking has gradually moved from the computer to the mobile phone. Of Sweden’s population (16+ years), the use is at 91 percent today and has been at least 80 percent since 2013.

Swish is a mobile payment service that has made a big impact in Sweden and its use continues to increase. Since 2015, the use of Swish has more than doubled in the population at large. Nowadays Swish can be used by all ages and seen in Sweden’s population 12+ years, 78 percent use Swish. Last year, the utilisation rate was 75 percent.

Practically everyone uses email. Daily e-mailing is lower among younger people than older. Younger people instead choose to chat, which continues to grow. Video calls and telephone calls over the internet are also increasing slightly.

Overall, at least 90 percent of all age groups use email at some point. Of those aged 26-35, everyone – 100 percent – uses email. In daily use, however, it differs a great deal. Those aged 36-45 (85 percent) are most frequent in daily use. E-mail is thus one of the few phenomena on the internet that the elderly use more often on a daily basis than the young ones.

Ten years ago, e-mail was already 90+ percent overall usage and close to 60 percent on a daily basis. Over the past three years, 97 percent of Internet users email and some 70 percent do so daily.

The use of Whatsapp has increased, Skype decreased and Facebook Messenger remains at the same level as last year.  Messenger is used the most by all, but decreases among younger people and increases among the elderly.

Facebook Messenger is used to a greater extent in all ages except among the 56-65 year olds where Skype is more common. Messenger has its largest target group among 16-35 year olds, 81 percent. Whatsapp and Skype are used mostly by 36-45 year olds.

A three-year comparison among Internet users (16+ years) shows that the consumption of traditional media is generally reduced. Traditional television loses both totally and in particular on a daily basis. At the same time, the TV channels’ digital play services are starting to catch up.

With a reduction in reading printed magazines and a decline in reading digital newspapers it is starting to show that we are consumíng news in other ways for example via social media.

Podcasting has grown every year, and since 2015 total podcast listening has doubled to reach 55 percent, plus the consumption of digital books is also steadily increasing with 42 percent of internet users reading digital books.

And of note is that printed books retain a strong, stable position and are read more than twice as much as their digital versions.

The number of people who pay for digital subscriptions to film and music services is increasing, especially amongst the young.

Regardless of gender or age, the mobile phone is our first choice for gaming, although men more often choose the computer and older people play on the tablet.

Spotify has a large spread among Swedish internet users and is currently used by 7 out of 10 in total. Nearly 4 out of 10 use Spotify daily. Sweden in 2018 together with Finland and Greece had the highest music listening on the Internet in Europe.

Let us know if you need help to interpret the findings of the survey for Sweden, what the implications are for your business or what opportunities exist that you would need help on to exploit.